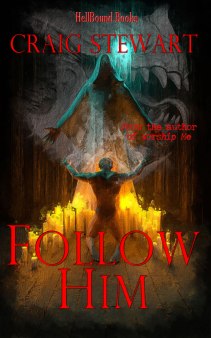 Just outside the sleepy town of Dreury, a mysterious cult known as The Shared Heart has planted its stakes. Its followers are numerous. More join every day. Those who are lost and suffering seem to be drawn to it; a home for the broken. When Jacob finds himself in need of such a home, he abandons his dead name and gives himself over to the will of The Great Collector.

However, love refuses to let Jacob go so easily; his ex-fiancé, Nina, kidnaps him in the hopes that he can be deprogrammed. As she attempts to return Jacob to the life they once had, a terrible fear creeps in: what if there isn’t enough of her Jacob left?

When The Great Collector learns of his missing follower, the true nature of The Shared Heart is unleashed. Nina discovers what Jacob already knows: that hidden behind the warm songs and soaring bonfires is a terrifying and ancient secret; one that lives and breathes and hungers.

And it’s coming for them.

This is Craig Stewart’s second novel, a terrifying semi-sequel to his award-winning debut, Worship Me. 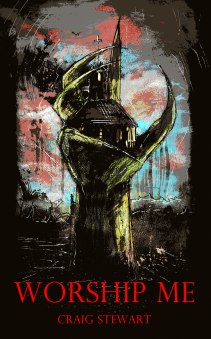 Something is listening to the prayers of St. Paul’s United Church, but it’s not the god they asked for; it’s something much, much older.

A quiet Sunday service turns into a living hell when this ancient entity descends upon the house of worship and claims the congregation for its own. Trapped in what used to be their sanctuary, the terrified churchgoers are given an impossible ransom: their new god wants a sacrifice. For everyone to live, a child must die.

As fear rips the congregation apart, it becomes clear that if they’re to survive this untold horror, the faithful must become the faithless and enter into a battle against God itself. But as time runs out, they discover that true monsters come not from Heaven or Hell… they come from within.

Acclaim for Worship Me: 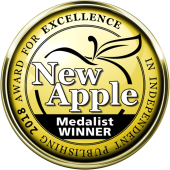 “Worship Me is a roller-coaster ride into the dark heart of human nature, one which will leave an indelible imprint on the reader’s mind.” W.J. Renehan, Dark Hall Press

“Worship Me is a big and powerful book that does what horror novels are supposed to do… it scares the crap out of you.” – Brian J. Lewis, The Horror Review

“It is so dark, it’s brilliant, challenging just about every assumption you have about the genre.” – Bob R. Milne, Beauty in Ruins

Happiness is hard. It can also be dangerous. A gay couple becomes obsessed with living a normative lifestyle by having a baby that’s born from both of them. To achieve this, one of them secretly begins a dangerous and experimental procedure resulting in the creation of a small creature that’s thirsty to suckle from its new parents, but it’s not hungry for milk. The story was a finalist in SQ Magazine’s Story Quest Contest 2016.

April would give her life to save her sister, but it’s going to take more than that. To defeat death, she must outwit the man who lives in the walls – an entity that has been with them even when they were alone, watching and waiting for years.